In 2015, Ireland voted for marriage equality. Most of us would assume that parental equality would also be enshrined in law – but it’s far from the truth. The Children and Family Relationships Act, which came into law in May (2020) leaves 50% of children behind, including those born by reciprocal IVF, surrogacy or those who have two fathers.
.

Founder of Equality for Children, Ranae Von Meding and her wife Audrey Rooney have two daughters (Ava and Arya) through reciprocal IVF (using Audrey’s eggs and a donor). As Ranae gave birth to the girls she is the only person who is acknowledged as their parent in law.
.

So, in simple terms Audrey is not named on their birth certificates as a parent, so she can’t by law consult on medical care for her daughters and is not even considered a legal guardian.
.

In Autumn 2019, Artisyn Communications engaged with Equality for Children to hear their concerns. It is a complicated issue and the public, at that point, seemed to still be of the view that marriage equality meant equality for LBGTQ+ parents.
.

Artisyn issued several strong and impactful press releases to highlight the issues. We organised a full press call to both press and government (including opposition parties) preceding a protest – which took place on the 21st of October outside the Department of Health. Artisyn also facilitated interviews with members to provide more in-depth examples of how the Act’s failings were letting the children of LGBTQ+ down.
.

Among other concepts we put forward was a salient one: ‘Young parents have enough to worry about. Parenthood is fraught time for everyone. Worrying about whether you’re actually considered by law to be the parent of your beloved child is one thing you shouldn’t have to worry about.’

The photocall and subsequent campaigns led to a strong campaign of widespread and impactful news coverage from RTE News, Virgin Media News, multiple radio stations as well as print outlets from the National papers and onlines. Simon Harris met with the Equality for Children delegation of parents to discuss what further changes need to be made. It also led to personal interviews for members on national papers and online media. 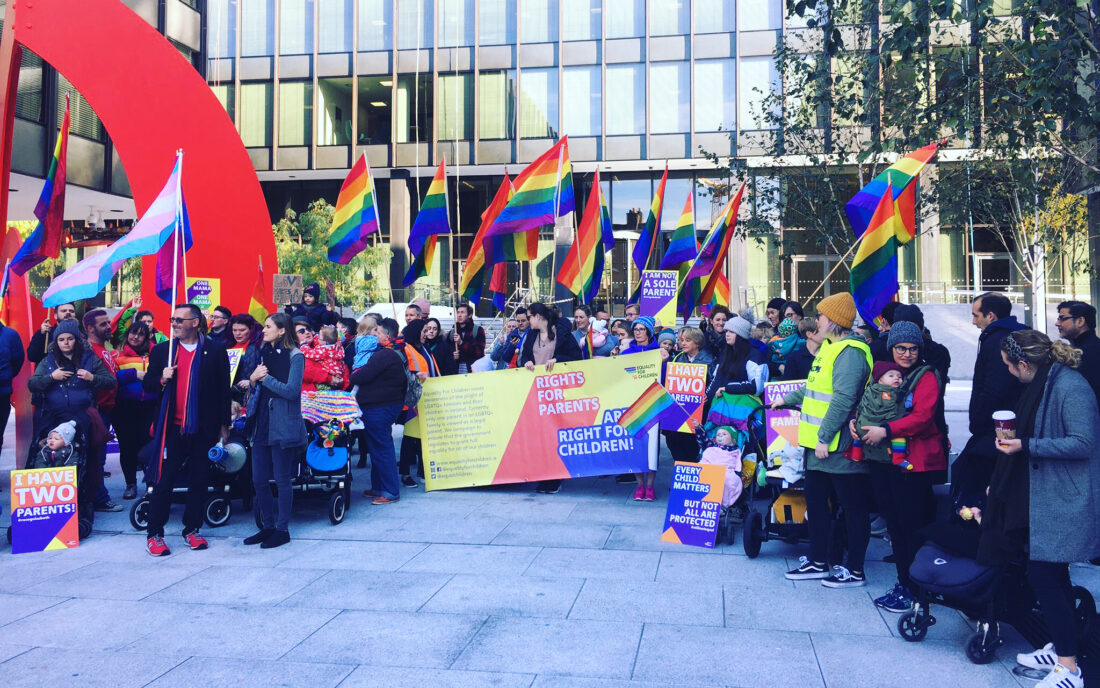 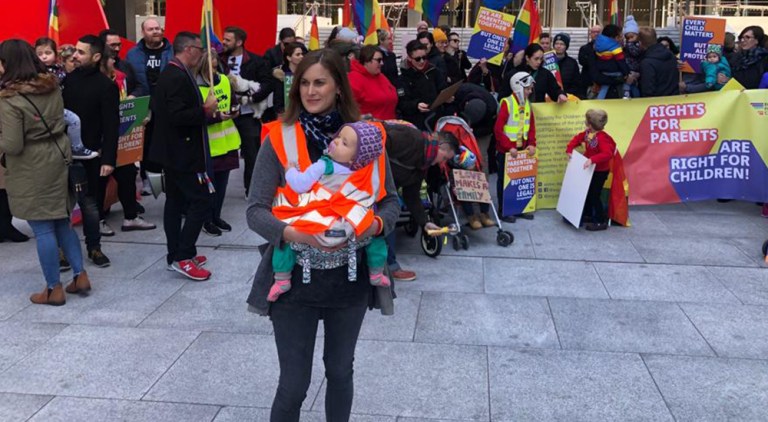 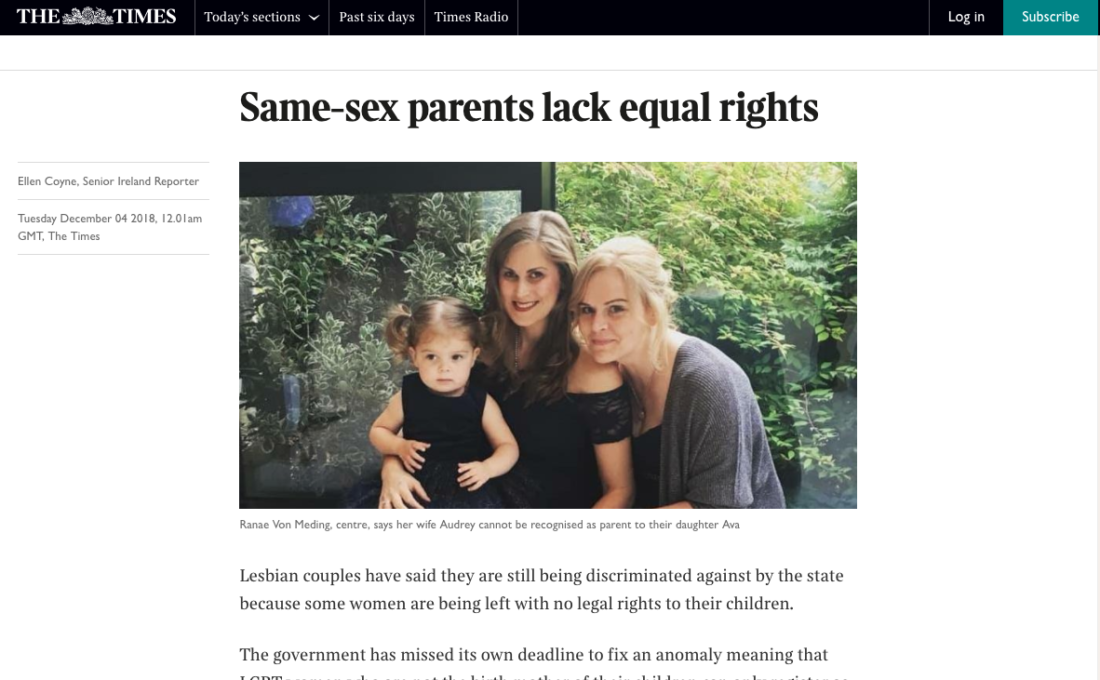 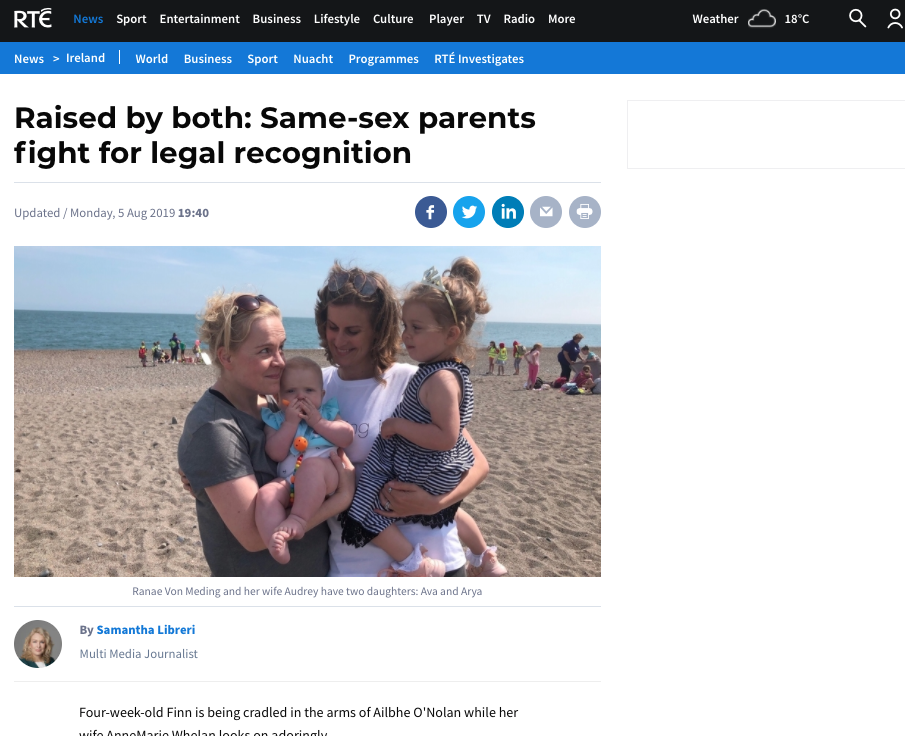 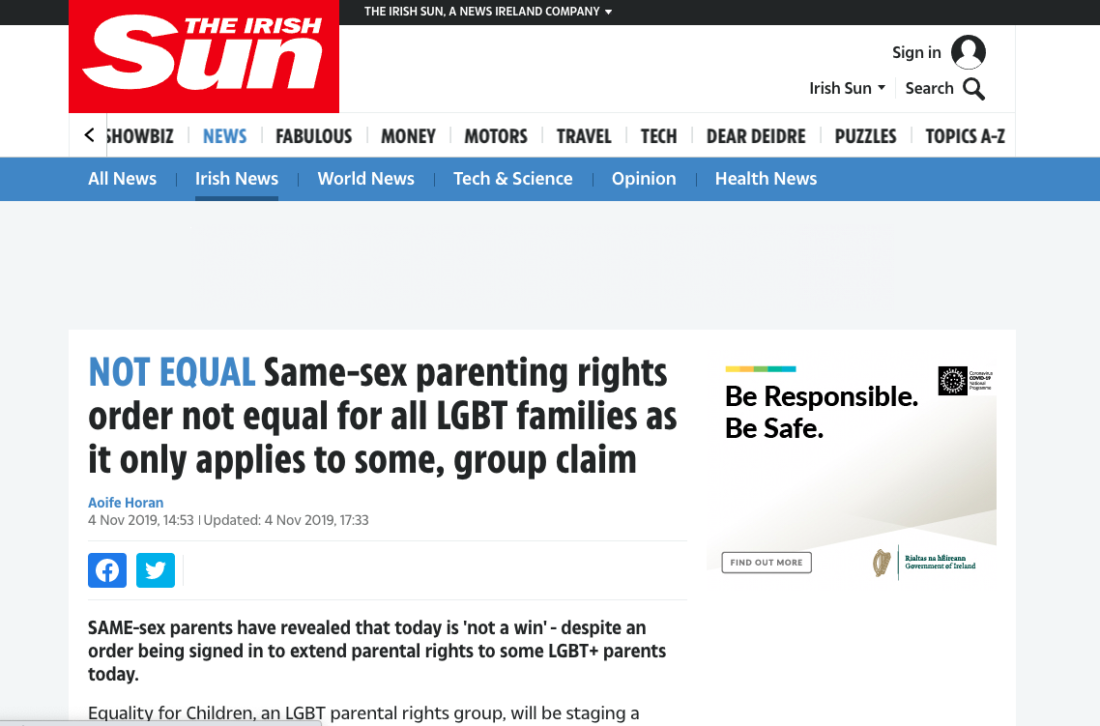 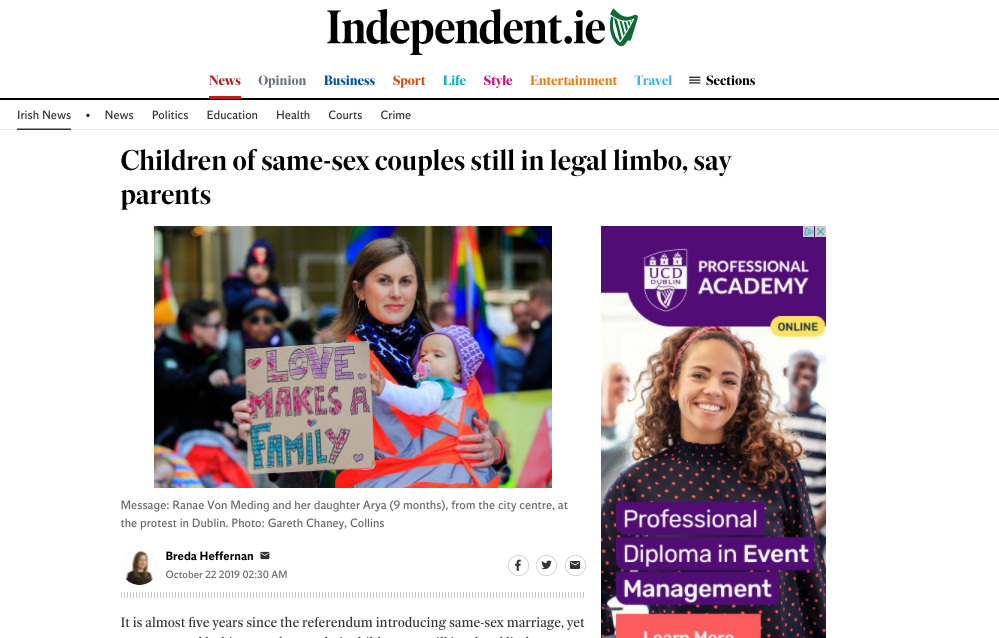 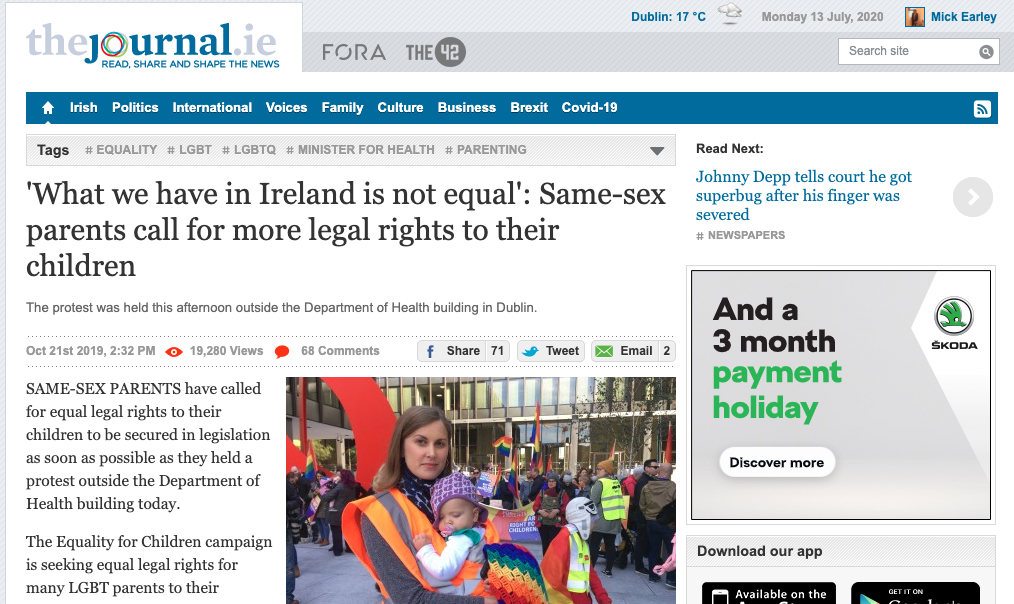